MY NEW CD AVAILABLE AT; https://store.cdbaby.com/cd/tpowers 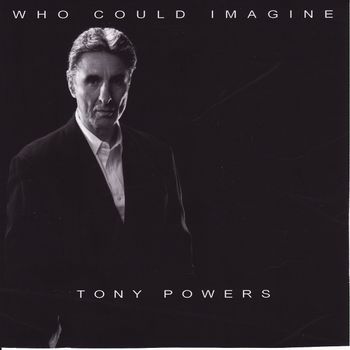 Tony Powers is an American songwriter, recording artist and actor. He was responsible for writing or co-writing the hit songs "Remember Then", "Why Do Lovers Break Each Other's Heart", "98.6", the Kiss song "Odyssey", and Powers' own award-winning MusicFilm  "Don't Nobody Move (This is a Heist)".

He was born and grew up in the Bronx, New York City. In the late 1950s he started writing and selling songs, and began working for Trio Music, a music publishing firm established in the Brill Building by Jerry Leiber and Mike Stoller. One of his early songs, "Remember Then", became a hit for The Earls in 1962. Powers soon established a writing partnership with Ellie Greenwich, co-writing The Exciters' 1963 hit "He's Got The Power" and Jay and the Americans' "This Is It" with her; and then co-writing, with Greenwich and Phil Spector, "Today I Met The Boy I'm Gonna Marry" for Darlene Love, and "Why Do Lovers Break Each Other's Heart" for Bob B. Soxx & the Blue Jeans (later also a UK hit for Showaddywaddy).

In the mid-1960s Powers moved to Don Kirshner's Screen Gems publishing company, an arm of Columbia Records. He continued to have success as a songwriter, with hits including Spanky & Our Gang's "Lazy Day", and Keith's "98.6", both co-written with George Fischoff. With Ritchie Adams, he also co-wrote "We're the Banana Splits", intended as the theme song for The Banana Splits TV series in 1968.

In 1982, he created a 26-minute video based around his comedic spoken-word piece, "Don't Nobody Move (This is a Heist)". The short film was shot around New York with actor friends including Peter Riegert, Treat Williams, Stephen Collins, Marcia Strassman, the then-unknown John Goodman, and others. The "Heist" MusicFilm had won the Silver Medal at The 26th Annual Film and Video Festival of New York, the Gold Medal at the International Music Video Festival of Saint-Tropez, was the Details Magazine "Video of the Year" and was widely shown on HBO and on the US TV show Night Flight. The music was also issued as an EP, coupled with the song "Odyssey", which was later recorded by rock band Kiss on their album Music from "The Elder".

Credited as Anthony Powers, he started appearing in small acting roles in movies and TV in the early 1980s. His roles have included parts in the TV series The Equalizer, NYPD Blue, The New Adventures of Superman, and The King of Queens. He has also appeared in the movies Cadillac Man and Goodfellas (both in 1990), and Catch Me If You Can (2002), as well as in commercials.

He released the self-produced albums Under The Cover of Darkness in 1996, and "WHO COULD IMAGINE"  in 2007.

Thanks for clicking on to check me out. I hope that after you read this you'll then want to click on MUSIC on the left side of this page to check out the lyrics to my new CD "WHO COULD IMAGINE", and listen to a few samples of it when they're posted soon. Of course I hope you like them all enough to purchase the CD thru CDBaby. At MUSIC you can see the song list of my CD "Who Could Imagine" and by clicking on each title you can read its lyric. You can also see the list of songs I've had recorded by clicking on my DISCOGRAPHY. At LINKS you can see my MusicFilms

A little background info about me: I am a born and bred New Yorker. (Grew up in The East Bronx--lived in Manhattan). I've been a singer/songwriter most of my life, first working in the "music business" as a contracted writer for Trio Music-- which was the publishing company of the great Leiber and Stoller-- in New Yorks' famous Brill Building, and then moving over to Don Kirschner's Screen Gems-Columbia Music (now EMI). My songs have been recorded by such diverse artists as Louis Armstrong, Darlene Love, and Kiss.. with many, many artists in between-- and have been featured in many Movies, TV shows, commercials, and even Broadway Musicals. Quite a few of those songs were "hits" ( 98.6, Lazy Day, Remember When, Today I Met The Boy I'm Gonna Marry, Why Do Lovers Break Each Other's Hearts ). I finally had to quit tho' because I found writing solely for commercial purposes was far too limiting and restrictive. Since then I've only written about what was, and is, important to me...and, hopefully, to us all. My songs concern the "human condition" seen from a working-class viewpoint, and are, for the most part social and political comments, usually couched in dark humor with a little bit (okay--sometimes a lot) of anger, sometimes masked as sarcasm, sometimes just outright, slipped into the mix. I now live in Los Angeles, where I continue to write songs and work as an Actor in Film and TV. As an Actor some of my credits are; Jimmy Two-Times in Martin Scorceses' "Goodfellas", Captain Mason in "Cadillac Man", I co-starred on "The King Of Queens" twice, co-starred on "NYPD Blue" twice, and my last film appearance was as Bank Mgr. John Modica in Stephen Spielberg's "Catch Me If You Can". Thank you again for taking the time to check me out. I hope you enjoy my music. I hope it both makes you laugh...and think. Enjoy, Tony

That's me in my own words. The following Biographical sketch was written by author Penny Stallings: